Last year, New Year’s Eve found me in a little one-bedroom apartment in Alba Adriatica, Italy. The weather was sunny and fifty-ish during the day, but it got cold at night. I was still figuring out the heating system, meaning that I was bundled up at night until I got the temperature just right.

I had just started on yet another tangent on this adoption journey. I had it in my mind how things would play out. I would find writing work–any work, to remain in Italy. I would travel to Poland and Ukraine armed with remnants of genealogical information on my birth mother’s family. I would find the hometowns of my maternal grandparents and, perhaps, a distant relative or two. I would use the experience to write a partner book for This is My Lemonade. I would do a bit of traveling. 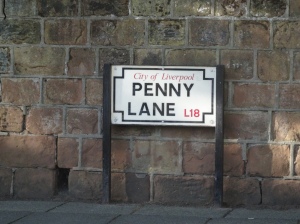 I’m still having trouble believing that a year has come and gone. I’ve lived in Italy and returned already. The photos, the videos, the stories. I feel like I was in a movie and now I’m back to reality. The entire experience seems surreal. 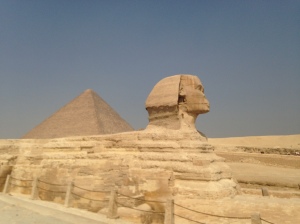 I had ideas in my mind of where I wanted to travel. But, when it came right down to it, my primary goal was Poland and Ukraine. Every other place I traveled was more or less spur of the moment. As the year progressed, I began to create a bucket list of the places I knew I HAD to visit–Israel, Liverpool, Egypt. And I did it.

Arriving in Italy, I was full of piss and vinegar. Everything seemed imbued with hope and promise. But the promise of actually remaining in Italy dissolved early on when I found out how hopeless it truly was to find any type of work whatsoever that would allow me to stay.

Re-focusing, I set my sights on the genealogical search. I would spend several weeks in Poland and Ukraine, whatever it took, to reach my goal and get the information I sought. I was committed to doing so. In reality, everything fell into my lap practically immediately. The search ended soon after it started.

I was liberated. I could have returned to America, but why? My visa was good until November and it was early May. Why not travel, discover the Middle East, North Africa and more of Europe?

So I did. After Krakow, Odessa and Lviv I traveled. Marrakech. Sicily. Jerusalem. Istanbul. Zagreb. Ljubljana. Trieste. Tuscany. Turin. Milan. Lugano. Munich. Manchester. Rome. Florence. Liverpool. San Marino. All this in addition to earlier trips to the Cinqueterre, Dublin and Berlin. Just looking at the list wears me out. 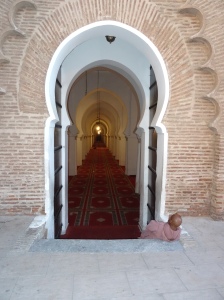 I spent time with my family. I pigged out on Italian pastries and drank gallons of espresso. In Lviv I made an even bigger pig of myself on its coffees and pastries–at ridiculously tempting prices. I entertained guests from Oregon. I hooked up with other friends traveling through Italy.

And during my journey I had an epiphany. My journey was over. My goal had been reached–it was the journey itself. I made a decision to hold off on the next book. It is there, inside of me. But it’s not the right time. Just like it wasn’t the right time for Lemonade many years ago. But I know it’s coming.

Now, a year later, I’m back and facing another New Year. 2015 was nothing like I expected. I made plans and God laughed. Right now my only plans are a job and a place to live. The rest will fall into place. I don’t think God finds that to be amusing, just practical. 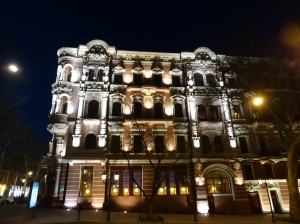 So 2016 beckons. I’m not in Europe so I suppose I cannot hope to experience the exotic and I don’t harbor illusions of expecting the quixotic. But “never say never”, right?

It will, though, be a year of new adventures and experiences. These few photos remind me of a year to be remembered.